Stage one assigns LON via two mechanisms: Referral program and trade mining on tokenlon.im/lon and in the imToken app. It lasts for five weeks and assigns 5,000,000 LON (accounting for 2.5% of the total LON amount). Note that LON will be launched later this year after the end of LIP’s first stage.

Users who participate in the first stage of mining can invite any other user to increase their own mining rewards as well as the invited person’s rewards via referral code.

After the invitation code is activated the inviting person (i.e. referer) will receive an additional reward.

The invited person (i.e. referee) who trades after having received an invitation code will receive additional mining reward as well.

Each trader receives a power amount of the trading fee spent (in USD) times 0.6. 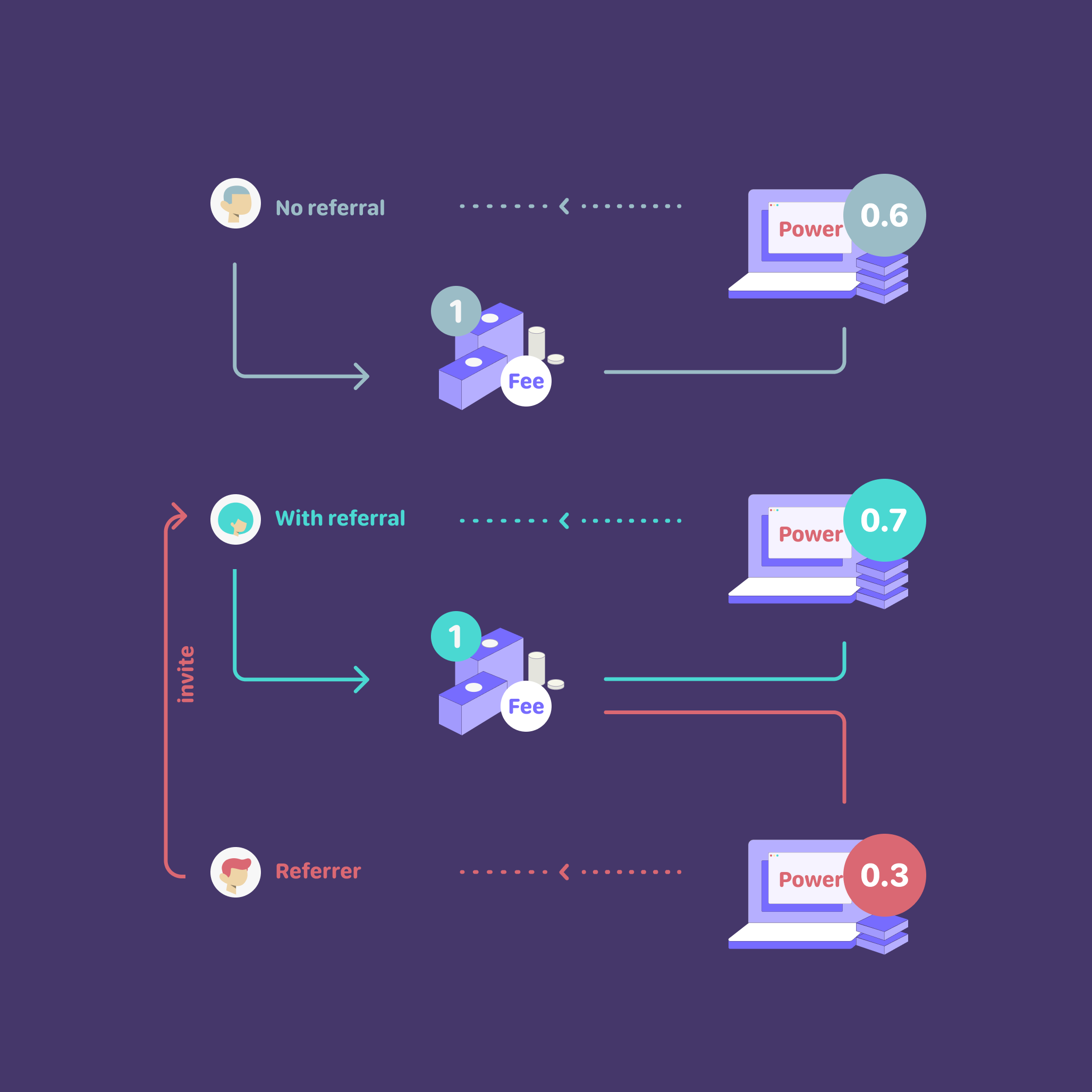 Going forward, we are focusing on building out the community. Tokenlon, as an exchange, aims to provide a convenient, yet secure trading interface. Together, we will build out the infrastructure for the open financial services.

We will announce further stages of the Tokenlon LON Incentive Plan soon. Follow our community channels below to stay hear about latest developments of LON: